By Inleit Ingredients October 28, 2021 No Comments

Today, it is clear that due genetic differences, men and women do not have the same nutritional needs. A fact that is of even greater interest if we factor in age or levels of physical activity.

In this sense, certain nutrients play a special role. Proteins are one such example – an essential part of our diets and even more so in the case of sport and exercise, especially among elite athletes. They are also important for people over 50, an age when our bodies demand proteins in order to offset the effects of the menopause or andropause.

WHO recommendations put the daily intake at 0.8 grammes per kilo of weight, which means between 56 and 90 grammes per day in a man of average weight and a low level of physical activity, and between 46 and 75 grammes in the case of women in the same conditions.

These figures rise considerably in the case of people with an intense level of physical exercise, although in this case men require higher amounts of protein that women. This is essentially due to the fact that men have more muscle mass than women. However, and this is an essential factor, women also synthesise less protein whilst exercising, and therefore their protein requirements are lower. Yet despite this, they must also monitor their protein intake, as it is essential for building and repairing muscle and tissue.

When exercising, women burn more fat and fewer carbohydrates and protein than men, which saves on muscle glycogen. However, and here’s the bad news for many women who diet and exercise to lose weight, men tend to burn more calories than women as they have a higher percentage of genetic muscle mass. The more muscle mass a person has, the more calories they burn and can therefore follow a higher calorie diet. In contrast, women tend to have a higher percentage of body fat and burn fewer calories, which means that women in general need to consumer fewer calories than men and should take more care when consuming empty calories. Although this is something we should all avoid in our daily diets, it is even more important in the case of women.

Men are more likely to become dehydrated than women. They sweat more easily and in greater amounts. Women experience water retention – they have more water in their tissues due to their greater percentage of body fat. One of the functions of female hormones is to increase their blood volume which also explains women’s better water response when exercising.

Iron is the only mineral that women require in greater amounts than men. Women need between 50% and 100% more iron (15-20 mg per day) than men (10 mg per day) due to the blood lost during menstruation. If you are an athlete, this amount can be as high as 25 mg per day.

Finally, calcium is another key nutrient that we should consume in greater amounts, particularly if we exercise or as we grow older. It is an essential nutrient and one that women should consume throughout their lives if they wish to prevent the onset of osteoporosis. Calcium is essential for bone formation and density, and a daily intake is vital to keep our bodies working correctly. Dairy products are the best source of easy-to-digest foods. What’s more, they come in multiple formats and by-products, which means meeting the recommended minimum of three servings a day is relatively simple.

As we have seen, it’s not just a question of calories: the nutritional differences between men and women also include the nutrients, vitamins and calories that must be taken into account to avoid any possible deficiencies. 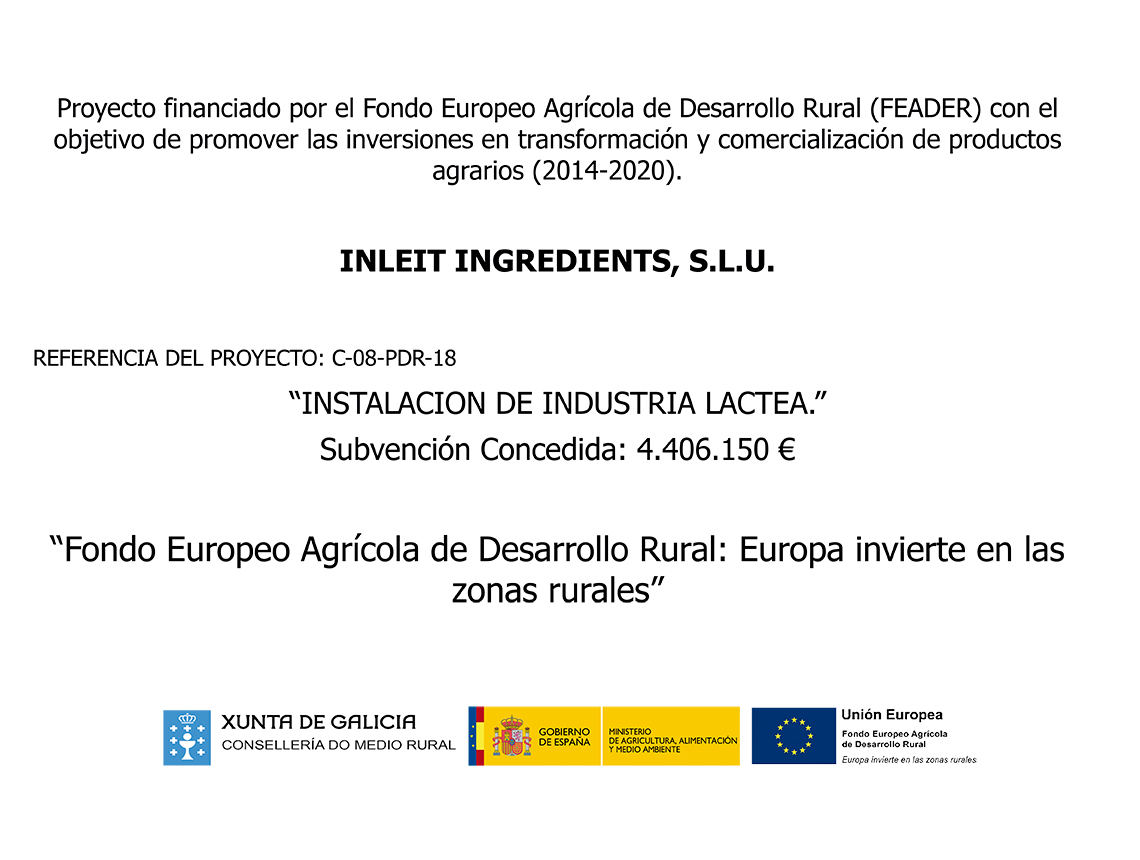 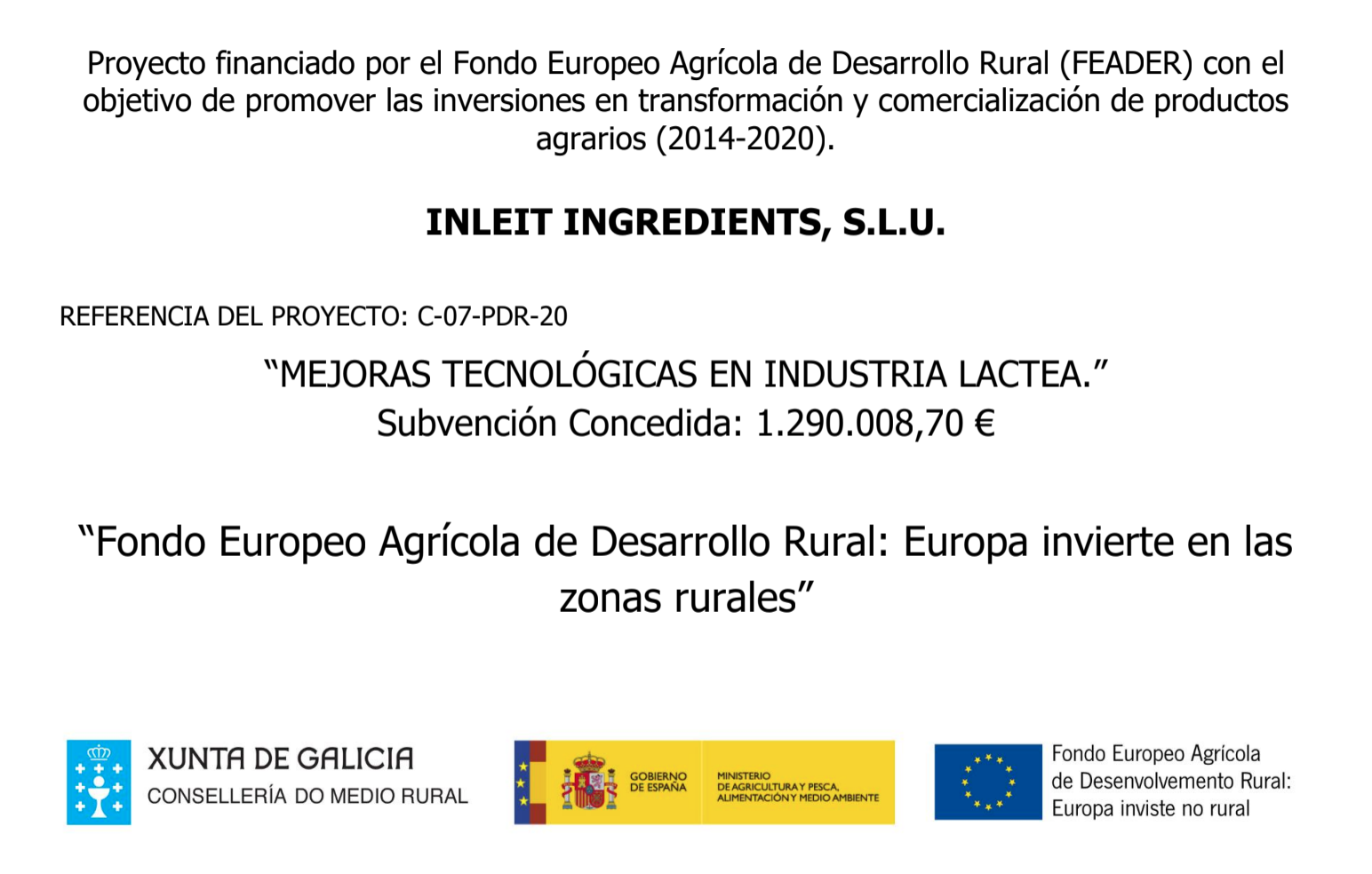 SMP MH is a spray-dried milk powder obtained by removing water from pasteurized skim milk. It contains a minimum milk protein of 34% on total solids nonfat.

SMP MH is used widely for a food ingredient where rennetability or coagulation is required such as in cheese and fermented dairy products for its high nutritional quality combined with its versatile and multi-functional properties.

WPNI: ≥ 6.0 mg/g = Low heat (LH)
Thanks to our innovative soft process and filtration technology SMP LH Low Spores keeps the proteins in their most native state and provides excellent solubility and clean milky flavor with nutrition and desirable sensory characteristics.

SMP LH Low Spores is suitable as a substitute of liquid milk. It can be used for applications that requires maximum protein reactivity such as yoghurt, cheese, infant and animal nutrition, and where native protein is required.

LeitUp M85B is a functional native milk protein isolate powder obtained by microfiltration of skim milk that is naturally rich in micellar casein.

LeitUp M85B is ideal for applications that require high-protein and high-nutritional compositions such as fresh dairy products, traditional and innovative cheese.

LeitUp M90B is a functional native milk protein isolate powder obtained by microfiltration of skim milk that is naturally rich in micellar casein.

LeitUp M90B is ideal for applications that require high-protein and high-nutritional compositions such as fresh dairy products, traditional and innovative cheese.

InLeit NatWP85 is suitable for every application in food and nutrition where the composition requires highly nutritional, high-quality protein and in aerated or jellified products.

InLeit MC85 is a milk protein isolate powder obtained by microfiltration of skim milk that is naturally rich in micellar casein.

InLeit MC85 has very clean flavor profile and it improves viscosity, structure, texture of gel as well as and foaming properties of different food products.

InLeit MC85 is suitable for dairy, food and nutritional applications typically cheese among others thanks to its gel networking, quality and yield properties.

InLeit MP85 is a spray-dried milk protein isolate powder obtained by membrane filtration of skim milk. It contains a minimum of 85% protein on dry matter.

InLeit MP85 is suitable for variety of food and nutritional applications where standardization and enrichment in proteins are required.

InLeit MPI90 is a spray-dried milk protein isolate powder obtained by membrane filtration of skim milk. It contains a minimum of 90% protein on dry matter.

InLeit MCI90 is a milk protein isolate powder obtained by microfiltration of skim milk that is naturally rich in micellar casein.

InLeit MCI90 has very clean flavor profile and it improves viscosity, structure, texture of gel as well as emulsifying and foaming properties of different food products.

InLeit MCI90 is ideal for nutritional applications that require high-protein and high-nutritional compositions such as nutritional beverages, powdered beverages, nutrition bars and supplements

InLeit NatWPI90 contains a superior level of protein and it makes ideal for a variety of health and wellness applications in which proteins are primarily required.

MILK PERMEATE CONCENTRATE 22% is obtained from high-quality milk through the removal of protein and other solids from milk by ultrafiltration.

MILK PERMEATE CONCENTRATE 22% is suitable for use in dairy based drinks and desserts, food preparation, milk powder standardization, and lactose.

MPP is a spray-dried milk permeate powder obtained from ultrafiltration of high-quality milk.

MPP is suitable for use in dairy based drinks and desserts, food preparation, milk powder standardization, lactose replacement, and total solids.

CREAM 40 is obtained from high-quality milk by centrifugal separation. It contains a minimum milk fat of 40%.

CREAM 40 is ideal for use in butter, ice cream, and UHT products as well as in cultured dairy products, puddings, and other cream-based desserts.